BRING FASHION TO A CAUSE

Celebrity helps spread message that “You Are Not Alone” 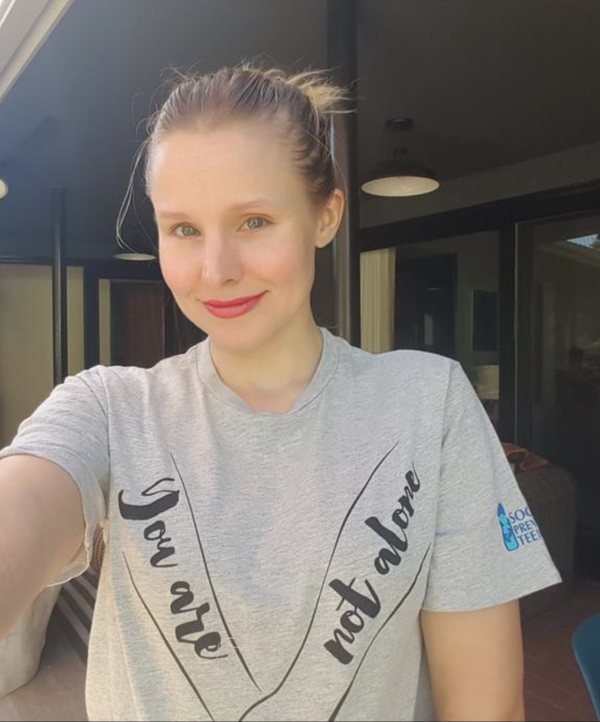 International celebrity Kristen Bell has partnered with the Society for the Prevention of Teen Suicide in an attempt to help spread suicide prevention awareness, while raising funds for the New Jersey based non-profit.

The mission of SPTS is to reduce to reduce the number of youth suicides and attempted suicides by encouraging overall public awareness through the development of educational training programs to develop competent communities for suicide prevention. Through her designs, Kristen has instilled the organizations core message to teens: You Are Not Alone, reminding them that even when it feels like the rest of the world is unreachable, help is out there.

On Friday, Bell tweeted a picture of the design, prompting a social media outpouring of support for the organization by her fans.

“I’ve partnered with the Society for the Prevention of Teen Suicide to design this super limited edition shirt, with 100% of proceeds going to this incredible charity. Let’s show the world that NO ONE is alone.”

The limited edition shirts are available online at represent.com/kristenbell. Only 500 shirts will be sold.