The first event, which is a professional training session, includes a discussion of effective programs and how community members can help at-risk youth. It will also discuss a school plan for suicide awareness called LIFELINES.

The workshop is co-sponsored by the Suicide Prevention Collaborative of the East Metro Area and PrairieCare. It takes place from 9 a.m. to noon Tuesday, Feb. 28, at the Prom Center in Oakdale, and Maureen Underwood of the Society for the Prevention of Teen Suicide will be the keynote speaker.

The second event is open to the community and is called “Not My Kid – A Community Conversation on Youth Suicide Prevention.” It will take place from 6-9 p.m. Tuesday, Feb. 28, at Oak-Land High School in Lake Elmo.

Teen suicide rarely happens in a vacuum. When a tragedy, such as teen suicide, does happen, the whole student body is affected.

The Lifelines Suicide Prevention Program at Voorhees High School encourages students to speak up if they are concerned about one of their peers. 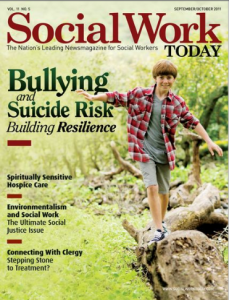 Maureen Underwood with the Society for the Prevention of Teen Suicide says the biggest tip is making sure your kid has someone they can be completely honest with.

However, the trigger for a teenager can seem insignificant to an adult, said Maureen Underwood, a licensed social worker and director of the Society for the Prevention of Teen Suicide. Some kind of loss, such as breaking up with a boyfriend or getting in trouble at home or school — or with the police — can provoke youth who aren’t as resilient to setbacks.