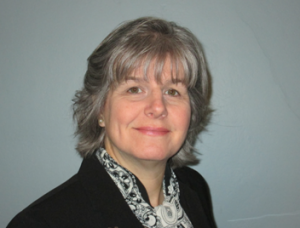 Before coming to SPTS, Pat Breux served as the Youth Prevention Specialist for the Suicide Prevention Center of New York.  Because of the support of  the New York state leadership that prioritized suicide prevention, she had the privilege to participate in many innovative projects, including a community initiative that saw the certification of over 200 trainers, as well as the training of over 16,000 New Yorkers. As an ASIST and SafeTalk trainer, she has also trained over 2,000 participants in these trainings, which are an internationally recognized resource for community based suicide prevention education.

By receiving federal funding through the Garrett Lee Smith Memorial Act, various opportunities were afforded to her to work closely with national experts, like Maureen Underwood, SPTS Clinical Director, to further develop our state infrastructure and competencies.  Maureen’s emphasis on “Competent Communities” helped to create a shift to community ownership and collaborative approaches.   Among Pat’s projects under this expanded funding was the development of 39 local suicide prevention coalitions supported by 5 regional networks, and the coordination of school-based suicide prevention trainings across upstate New York using the Lifelines Trilogy, along with the “Creating Suicide Safety in School” Workshop.   By providing suicide prevention education to hundreds of schools across upstate New York, the schools project has sustained itself well past the funding granted and has now been expanded to include New York City schools, which is arguably the largest school district in the country, serving over 1 million students.

Because she has been able to see firsthand how the suicide prevention initiatives in New York state have benefited greatly from this partnership, Pat states she has admired the sincerity, passion and commitment of the SPTS team in providing their much needed resources across the country. Maureen’s warmth and considerable expertise has gained high respect and praise amongst her team,  stakeholders in New York state, and within every community and school that she visited.  In coming to the Society for the Prevention of Teen Suicide as the new Program Director, Pat is beyond thrilled to have the opportunity to bring her skills and knowledge to the table and work alongside such dedicated individuals.