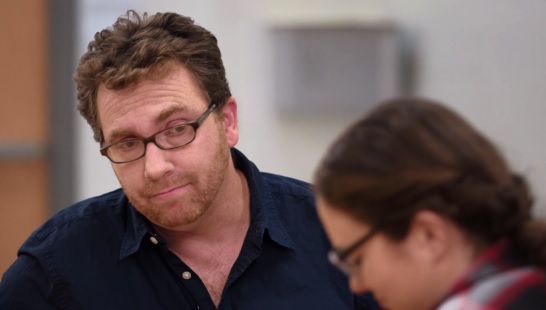 From classic Shakespearean literature to post-modern fiction, the theme of suicide is woven throughout high school language arts and English assignments. It also appears in history lessons, health classes, and psychology curricula and may be impossible to avoid in the course of an academic year.  Its inclusion reflects its reality as a provocative and unsettling social concern. Students who have had no personal exposure to suicide generally react to suicide-related assignments and classroom discussion on the topic with no incident.  In many ways, it is simply academic material that is no different from content that addresses other complex social and psychological issues.

For students with personal exposure to suicide, however, the topic may be troubling and upsetting. The curriculum can become what is called a “traumatic reminder” of their experience or loss. Unsuspecting teachers have reported students bolting from classroom discussions of Romeo and Juliet or breaking down in tears during screening of the contemporary film Stand By Me in which a group of friends search for a corpse allegedly hit by a train.

Ideally, a teacher would prefer to know ahead of time which students in his/her classroom have been impacted by suicide (or, for that matter, any type of loss) to be prepared for “traumatic reminders” and give students the option of alternate assignments. Sometimes this is possible, but more often than not, it isn’t.

Here are some suggestions that both reflect a teacher’s sensitivity to the reality of “traumatic reminders” as well as give students permission to emotionally take care of themselves:

If there’s been a suicide in your school community within the last academic year, there are other things to consider about suicide-related curriculum.  Since research has determined that even fictional depictions of suicide can increase the risk level in vulnerable youth, you may want to review your curriculum content to consider replacing material with suicide-related themes.  If you decide to retain the material, it will be important to interject discussion about suicide prevention strategies.

In English and language arts classes, this could include:

When suicide appears in other course material, classroom discussion and assignments could explore the reasons that suicide is an international public health concern and the strategies that have been successfully employed to address suicide rates.   Students could be encouraged to create lists of age-appropriate internet resources that address suicide awareness and prevention or to develop suicide prevention resources for their peers.   An excellent resource that models this latter strategy can be found on the website for the Washington state youth suicide prevention program- www.yspp.org.