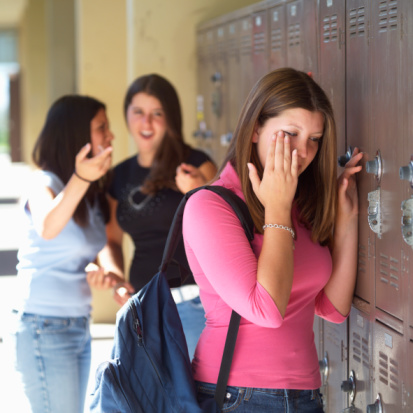 The anniversary date of the death of a peer can be a big deal for many teens. Even if they didn’t know the deceased well, there seems to be an almost universal recognition among students of the date of the death of one of their classmates. Students can often go back in time to the beginning of elementary school and recite the names, circumstances and death dates of all of the deceased students who were in their grade level. While this recognition doesn’t necessarily produce an emotional reaction in all students, some students may be very affected. The reactions of these students can be especially pronounced on the first anniversary of the death or on the birthday of the deceased.

From the perspective of adults, these reactions may seem like just another example of teenage drama. Especially if students barely had a relationship with the deceased, it can be hard to appreciate their emotionality as the anniversary date of the death approaches. That’s why it’s important to view these reactions from a developmental perspective that includes an understanding of adolescent responses to death in general.

At no other time in the life cycle is death as ‘psychologically disorganizing’ as it is in adolescence. What this means in plain English is that it shakes teens up to their roots and raises those ultimate questions about the meaning of life. Because teens are struggling with the developmental task of figuring out who they are and what they’re going to do with their lives, to acknowledge that life can end in an instant can make all the hard work it takes to grow up seem useless. This realization can feel really discouraging.

What protects teens from this harsh reality is their avoidance of even thinking about the possibility of death unless they are personally confronted with its reality. When this happens, through the death of a peer or even an adult who is a role model, adolescent feelings of omnipotence (“Nothing bad will ever happen to me or my friends”) are shattered. The reality of death, with its permanence and universality, becomes very upsetting and, as we said before, ‘psychologically disorganizing’.

As a way to deal with this painful personal knowledge of what loss through death really means, teens often create their own version of ‘life ever after’ where their deceased friend exists in a parallel but similar universe. No surprise, then, to read “Facebook” or “My Space” tributes to deceased classmates that contain references to shared pleasures like playing soccer in heaven or taking road trips. This obviously becomes something to get concerned about when those tributes refer to doing things ‘together’. “Can’t wait to party with you again” or “we’ll be hangin’ together soon” are statements that clearly demand investigation.

What Can You As Their Teacher Do?

So how do you approach students to see if anniversary issues are surfacing? And what can you do to help them deal with anniversary reactions? Here are a few suggestions:

The bottom line is that anniversary reactions are normal reactions to extraordinarily upsetting events. While they dissipate on their own, it can really be helpful for students to feel that their loss – as well as the importance of their relationship to the deceased – are acknowledged. Your awareness of the dynamic of anniversary reactions and the fact that some students may need a little extra help to deal with them can go a long way in helping these kids get through a challenging emotional time.