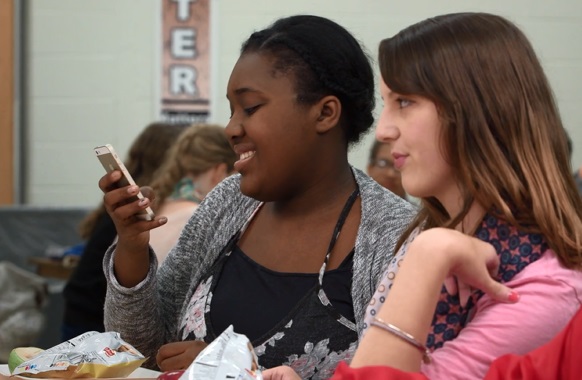 For the past 25 years, members of our clinical advisory board have been providing schools with a number of suicide prevention services, ranging from awareness programs to postvention training.

There are many ways to think about suicide, but the above definition, which frames suicide in a behavioral context, presents it in a way that minimizes both judgment and personal interpretation. It reminds us that suicide is a response to something emotionally painful that’s going on in a student’s life, and the student’s response—suicide—results from an impaired ability to cope.

One of the first mental health practitioners to study suicide, Edwin Shneidmann (1985, Definition of Suicide, New York: Wiley), outlined some basic characteristics of suicide that may help in understanding it.

Viewing suicide from this perspective has several important implications.  For one, just as a teen may get a temporary high from a drug, he or she may obtain temporary attention, support, or even popularity after a suicide attempt.  These positive effects are short-lived, however, if the basic problems that underlie the attempt aren’t addressed.  These initial problems are usually exacerbated by the stigma that eventually surrounds any suicide attempt.

A second implication of viewing suicide as an alternative is that suicide can then be understood less as a wish to die than as a wish to escape the intense emotional pain generated by what appears to be an inescapable situation.  The most salient question is, “What’s going on in your life right now that has you feeling that death is the only answer?”  Be careful when talking about this, however, not to offer the familiar cliché, “Suicide is a permanent solution to a temporary problem.”  Clichés, as a rule, are dismissive and impersonal.  Few people really stop to internalize the meaning of cliché.  And because so many people have heard the suicide cliché before, few people really listen to it!

When we think of a crisis as any situation in which we feel that our skills do not meet the demands of the environment, we realize that crises can be frequent visitors in most of our lives.  No matter how diverse one’s repertoire of coping skills might be, there are certain situations we will all encounter for which no backlog of experience seems totally sufficient.  Although crises, using this definition, are normal occurrences in the course of everyone’s life, most youth lack sufficient life experience to realize the normality of crises or the fact that they are usually resolved.  Crisis thinking, which is usually emotional, extreme, and constricted, characterizes problem solving. Sometimes the level of crisis thinking can be lessened just by pointing out that whenever anyone is in a crisis, figuring out what to do is harder than it is when we are not in crisis and can think more clearly.  Some types of problems that seem hopeless are in fact solvable.  In addition, being able to talk through the feelings with someone who listens is another way to reduce their intensity.

What this means is that the person is feeling two things at the same time; there is a part of that person that wants to die and a part that wants to live.  When talking with a suicidal student, we must acknowledge both of these components.  While we align with and unequivocally support the side that wants to live, this can’t be done by ignoring or dismissing the side that wants to die.  If you think about times in your life when you’ve had a strong feeling and someone close to you ignored it or told you that you don’t really feel that way, you know that this type of response only makes you feel misunderstood and unsupported, and shuts down communication for good.  Acknowledging that there is a part of the person that really wants to die and letting them talk about it may be scary, but it will lower that person’s anxiety.  Ignoring those feelings or discounting them can raise anxiety and increase the feelings of isolation that are so prevalent in people who are feeling suicidal.

People who are suicidal are often unaware of the consequences of suicide that are obvious to the rest of the world.  For example, they are usually not thinking about the impact of their death on others, or they hold a perception that they will be reincarnated or somehow still present to see how others react to their deaths.  This irrationality reflects how trapped and helpless the person feels.  In these situations, it is usually more helpful to talk rationally about the reasons the person may have for living rather than try to address their irrational thoughts about dying.

For people who are suicidal, normal communication has usually broken down. The suicide attempt may be the person’s way of sending a message or reacting to the isolation they feel because their communication skills are ineffective. The question that addresses this breakdown can be phrased in the following way: “Who did you want your suicide attempt to send a message to and what did you want that message to be?”